The Challenge Fund is a way for us to help organisations in the south west to raise funds for ongoing arts and health work.

For the pilot year of the Challenge Fund, we chose three projects from across the south west of England, representing how different art forms are profoundly supporting and improving health and wellbeing.

These three fantastic organisations were:

Here’s some more information about them: 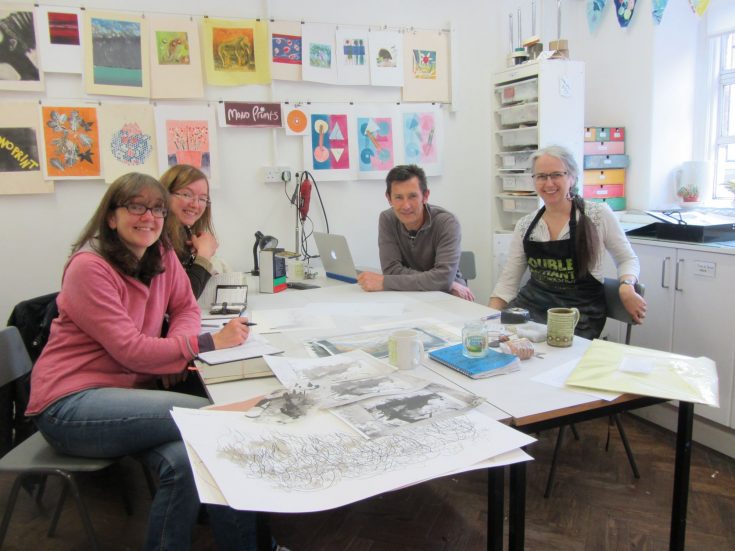 Double Elephant Print Workshop’s Print on Prescription service is a ground-breaking social prescribing scheme for mental health. It emerges from 15 years of work delivering artistic printmaking for well-being outcomes with, cumulatively, more than 200 participants. They report increased levels of wellbeing, rediscovering their creativity, and learning new skills. Participants say workshops make them feel ‘like artists, not patients.’ Four participants from a recent series with Devon Recovery have progressed to new artistic and community activities.

Despite extensive referral networks, and excellent outcomes from previous programmes, budget to deliver the services has not caught up with the emerging social prescribing infrastructure. Double Elephant is now raising funds to deliver Print on Prescription workshops on an outreach basis – in new partnerships with frontline care organisations.

Listen to our Challenge Fund Podcast episode with Double Elephant. 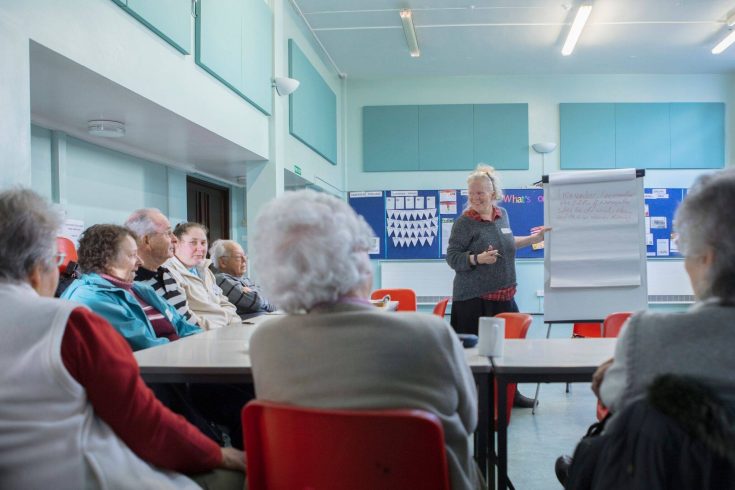 Literature Works is the literature development agency for South West England and an Arts Council NPO. Following a successful pilot, they are establishing a National Memory Day project which uses poetry to promote wellbeing for those living with memory loss and their loved ones.

Their generation learnt poetry by heart in school. The National Memory Day project has practicing poets engaging participants in high energy workshops in libraries, memory cafes and other community settings, recalling poems and through skilled facilitation, creating new work as a group. This creative engagement revives memory, alleviates confusion, helps with speech difficulties and – significantly – creates both new memories and bonds that contribute to improved quality of life for both parties.

Listen to our Challenge Fund Podcast episode with Literature Works. 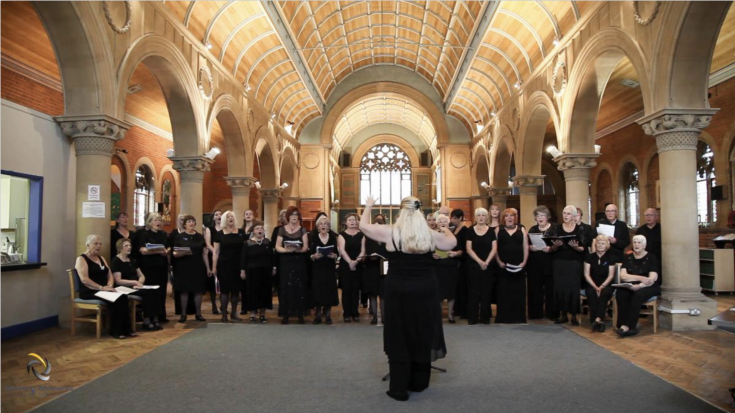 Rising Voices Wessex is a supportive Community Choir for local people whose lives have been affected by cancer. It forms a long term project to raise public awareness of the benefits of singing to those affected by cancer, and to promote a positive image of ‘Living with Cancer.’

It started as a pilot project in Poole in 2013 – which included evaluation of its health and well-being impact. In addition to the sustained interest in Poole, a second choir formed in Bournemouth in 2015. Eighty to ninety-five people participate in one of the two choirs weekly – and they have established a link with Tenovus “Sing for Life” in South Wales towards building a  network of like-minded choirs. In 2016, Rising Wessex became registered as a charity.

2.5M people in the UK are living with cancer: this will increase to 4M by 2030 – due to the rise in the incidence rate and extension of life expectancy enabled by improving treatments. Cancer is becoming a long term condition that while certainly often impacting on people’s lives in ongoing ways, doesn’t need equate to medical dependency. While developments in the management of cancer have increased life expectancy, there has been much less focus on the psychosocial impact of cancer on individuals and their families and carers. However, it is an area where some meaningful research exists.

Further evaluation in 2015 and 2016 have provided positive feedback and anecdotal evidence: One member said that Rising Voices “made a huge difference to my life and my health. My breathing is so much better.” Another commented that Rising Voices was a tremendous help since my wife died. It has been inspiring and socially wonderful.” Several others talk about being a member of the choir as being part of a family. The choirs also benefit those who are carers and those bereaved through cancer – one member described the support as a “lifesaver.” The performances also provide a postive image of “living with cancer” instead of the media created “cancer victim.”