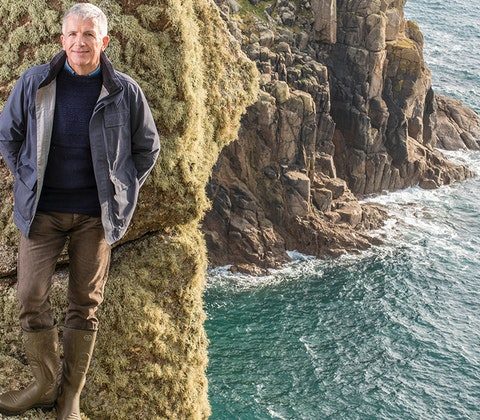 Join Quay Words Autumn writer-in-residence Patrick Gale as he reads from his work and talk about depictions of mental illness in his novels. He will discuss the challenge of conveying extremes of depression, mania and Alzheimer’s disease in fiction.

You can purchase a copy of Patrick Gale’s latest novel, Take Nothing With You, HERE.

Patrick Gale was born on the Isle of Wight in 1962. He studied at Winchester College and New College, Oxford. In 1988 he moved to Cornwall where he lives with his husband, the farmer and sculptor, Aidan Hicks, on their farm at Land’s End. He is a keen cellist, gardener and artistic director of the North Cornwall Book Festival. Patrick has written twelve novels, the latest is Take Nothing With You.

In 2017 his Man in an Orange Shirt was screened by BBC2 as part of the Gay Britannia season, which also featured the documentary All Families Have Secrets – the Narrative Art of Patrick Gale. Continuing to be broadcast regularly around the world, it won an International Emmy for best miniseries. He is currently working on a novel about the Cornish poet, Charles Causley and his mother, and writing the scripts for a musical version of Man in an Orange Shirt and a television adaptation of A Place Called Winter.