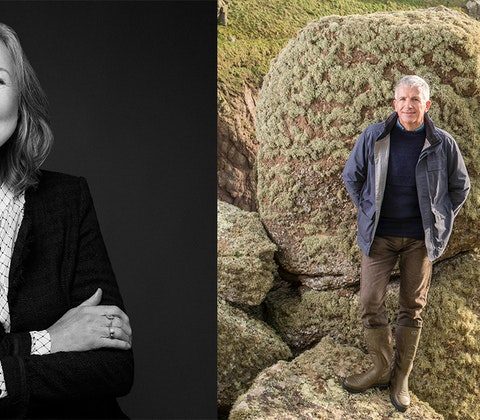 Readings and conversations about writing, mental health and creativity from two well-known and much-loved novelists.  A treat for writers, readers and anyone with an interest in the workings of our creative mind.

You can purchase a copy of Salley Vickers’ latest novel, Grandmothers HERE and Patrick Gale’s latest novel, Take Nothing With You, HERE.

Salley Vickers is the author of many highly acclaimed novels, including Miss Garnet’s Angel, The Cleaner of Chartres, Cousins and The Librarian which was a top ten Sunday Times bestseller, as well as two short story collections, the latest,The Boy Who Could See Death(Viking 2015). She was born in Liverpool and grew up in the Potteries, in Stoke-on-Trent, where her parents were active members of the Communist Party. She has worked as a teacher of children with special needs, a University teacher of Literature and as Jungian psychoanalyst. She has family connections with both Lancashire and the North East and currently divides her time between London and Wiltshire. She has two children and three grandchildren and attributes such success as she has achieved in life to an early addiction for reading. Her latest novel is Grandmothers published in 2019 by Viking.

Patrick Gale was born on the Isle of Wight in 1962. He studied at Winchester College and New College, Oxford. In 1988 he moved to Cornwall where he lives with his husband, the farmer and sculptor, Aidan Hicks, on their farm at Land’s End. He is a keen cellist, gardener and artistic director of the North Cornwall Book Festival. Patrick has written twelve novels, the latest is Take Nothing With You.

In 2017 his Man in an Orange Shirt was screened by BBC2 as part of the Gay Britannia season, which also featured the documentary All Families Have Secrets – the Narrative Art of Patrick Gale. Continuing to be broadcast regularly around the world, it won an International Emmy for best miniseries. He is currently working on a novel about the Cornish poet, Charles Causley and his mother, and writing the scripts for a musical version of Man in an Orange Shirt and a television adaptation of A Place Called Winter.