You can find case studies collected from organisations in the south west on this webpage. These case studies are organised by date with the most recent activities listed first. Search using a key word to find a case study on a particular subject.

A Little Deep Sleep – A Family Guide to Anaesthetics 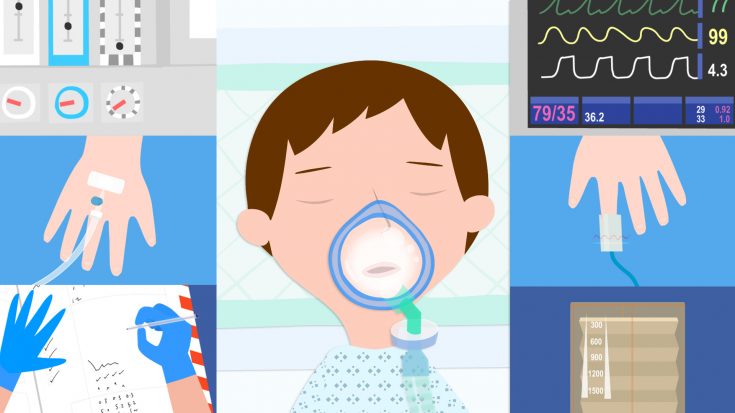 ForMed Films was commissioned by anaesthetists at BRHC (Bristol Royal Hospital for Children) to make ‘A Little Deep Sleep – a Family guide to Anaesthetics’.  This animated short film was a collaboration between the hospital and ForMed Films, created to educate children and families coming into hospital to have surgery under general anaesthetic. The film was inspired by the incredible skill of the anaesthetic staff at BRHC.

ForMed’s film-maker spent time in the hospital; on the ward, in theatre and the recovery room of ward 36. The director observed, sketched, recorded audio of the atmosphere, machines and staff, and interviewed children visiting the children’s hospital for the day to go under general anaesthetic.

The final film integrates the sounds and children’s experiences, with an authored narrative, illustrated with beautifully designed animation to make a concise and informative film about the experience of undergoing anaesthesia. The film takes the viewer on an authentic journey from entering the hospital to undergoing surgery under anaesthetic through to going home. It aims to ease anxieties and give clarity about what is to come during a family’s hospital visit.

The film can be viewed on the BRHC website making it accessible to families preparing for their visit to the children’s hospital. It is also sent to the family pre-appointment by a link to smart phones.

This case study is available in its entirety as a downloadable PDF document. Click the button to download or click here to open in your browser.