The Storytelling for Health conference was the second one organised by Prue Thimbleby, Arts Coordinator for the Swansea Bay University Health Board, in partnership with the University of South Wales. 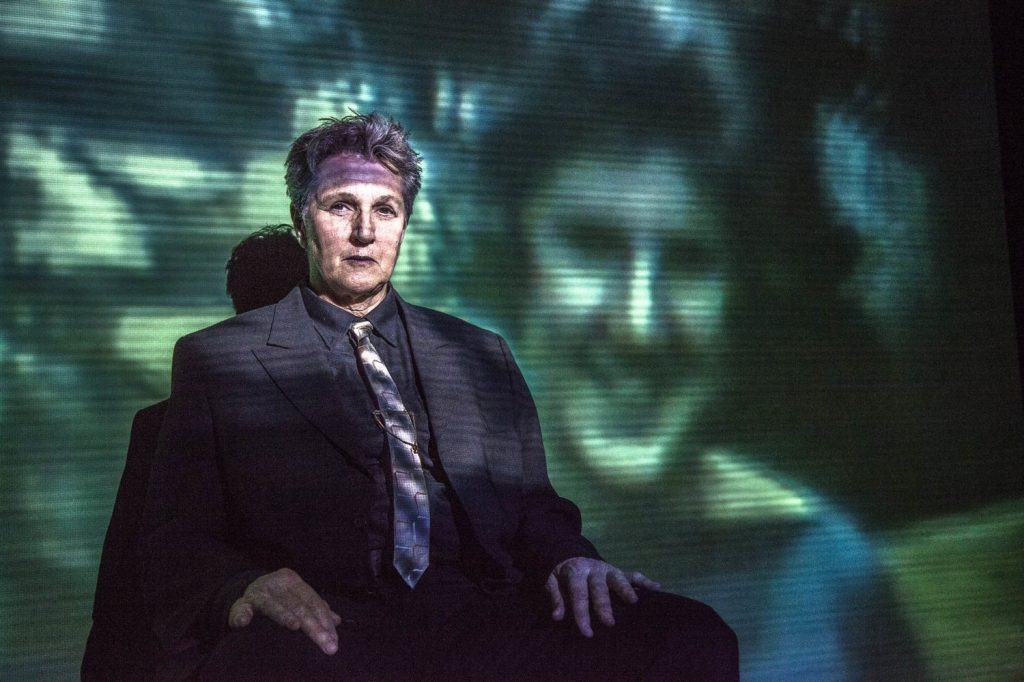 Peggy Shaw and Lois Weaver, aka Split Britches, performed a new version of their RUFF story in which Peggy Shaw ruminates on life before and after a stroke. Moving and funny by turns, the RUFF story was a grand finale after a day packed with a rich variety of experiences and thought-provoking discussions. It followed on from Kathryn Mannix talking about her brilliant book, ‘With the end in mind’. I was very happy to join a workshop on ‘the kingdoms of the ill’, linking illness narratives and traditional stories and myths, led by Joseph Sobol, now Director of the George Ewart Centre for Storytelling at the University of South Wales. Joseph led workshops at both our previous international conferences in his former role as Professor at East Tennessee State University, and it was lovely to have a chance to meet him properly. I’m sure he’ll be with us again in 2021. The keynotes on the following day included the introduction of a new evidence based toolkit on storytelling in health settings funded by NHS England and Keele University, and a presentation on the Patient Voices programme, which supports patients and staff to make their own digital stories. I attended a session on Films for Health in which Emma Lazenby talked about her most recent animation, Perinatal Positivity. Elspeth Penny was speaking about the Life of Breath project and other participants from our Spring School were amongst the delegates.

The following week I was in Wales again, at the National Rural Touring Forum annual conference. Holly Lombardo, the NRTF Director, had asked Victoria Hume, Director of the Culture, Health and Wellbeing Alliance, and me to respond to a soon to be published CONCERTA research report on rural touring and social impact and to reflect on how rural touring can more fully engage with health and wellbeing. Rural Touring organisations are already doing health and wellbeing work and have huge potential to do more, particularly with their reach into village communities. Take Art’s Word/Play poetry and social prescribing project is one example and there were many performances showcased which touch on health and wellbeing themes. The artist, writer and filmmaker, Paul Whittaker, spoke about his autobiographical play, Gods & Kings, based on his personal experience of mental illness, which is currently touring venues in Wales, including a performance at the Welsh Public Health conference. It made me reflect on my memories of Artsreach events when I lived in Dorset. Kneehigh performing Emma Rice’s Red Shoes on the cliffs above Kimmeridge Bay in 2001 no doubt had a deep influence on my subconscious. It was a truly anarchic and wondrous experience, unforgettable wildness under the stars and with the sea crashing.